Beppie Harrison has always loved stories, from the time she was a little girl in Hawaii sitting on her mother’s lap while stories were read to her until now, when, chewing a lip and looking out the window blankly as she sits at her laptop, she thinks up stories to tell other people.

The best part of stories is that they come from bits and pieces of her own experience, from what other people have told her, from the improbable real world all around us, and that marsh of her imagination where improbable things can happen in the flicker of a moment. 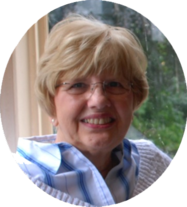 Her imagination carries her into the past, to times when the rules for behavior were strict and unyielding and violations were not tolerated. In real life she lives in Massachusetts on the South Coast between Boston and Cape Cod in the contemporary present. The once-upon-a-time four children have grown and wandered off to their own lives, except for one daughter who lives in the big white house on the edge of a forest with her parents and a wonderful assemblage of six cats and two dogs. Here, by the side of windows looking into the trees, Beppie writes her books.

Beppie has been fortunate enough to live in a multitude of places. She began in Hawaii and since then has lived in California; Massachusetts (a preliminary taste in Cambridge); London for the first 10 years of her marriage to an Englishman; Michigan; and now Massachusetts again. She loves the seasons, or at least the first few weeks of each one as it comes—by the end, she’s ready for the next one.

Her imagination most often lingers in the familiar country lanes and villages of England, truly a second home to which she and her English husband return nearly every year, and beautiful, green Ireland where the lush meadows and stark cliffs falling into the Atlantic Ocean have their own tales to tell of the people who loved there and fought for their freedom.